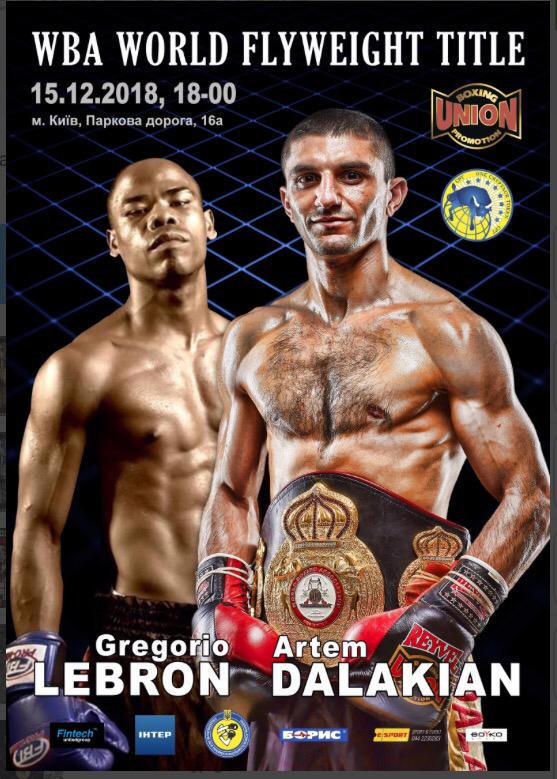 In the CEC «Parkovy» the WBA World Boxing Championship in the weight category up to 50.8 kg will be held. A candidate for the WBA world champion title for Artem Dalakyan was determined.

World champion Artyom Dalakyan 17-0-0, will defend his title against the challenger from the Dominican Republic Gregorio Lebron 21-4-0 in third place in the world ranking of the WBA World Boxing Association.

Also in the fight program at CEC «Parkovy» you can see the fights of boxers of the company Union Boxing Promotion:

Also in the evening of boxing scheduled boxing fights of the heavy division:

Opponents of our guys are planning fighters from Western Europe and Latin America.

- «It will be an unforgettable sporting spectacle for boxing fans around the world!»