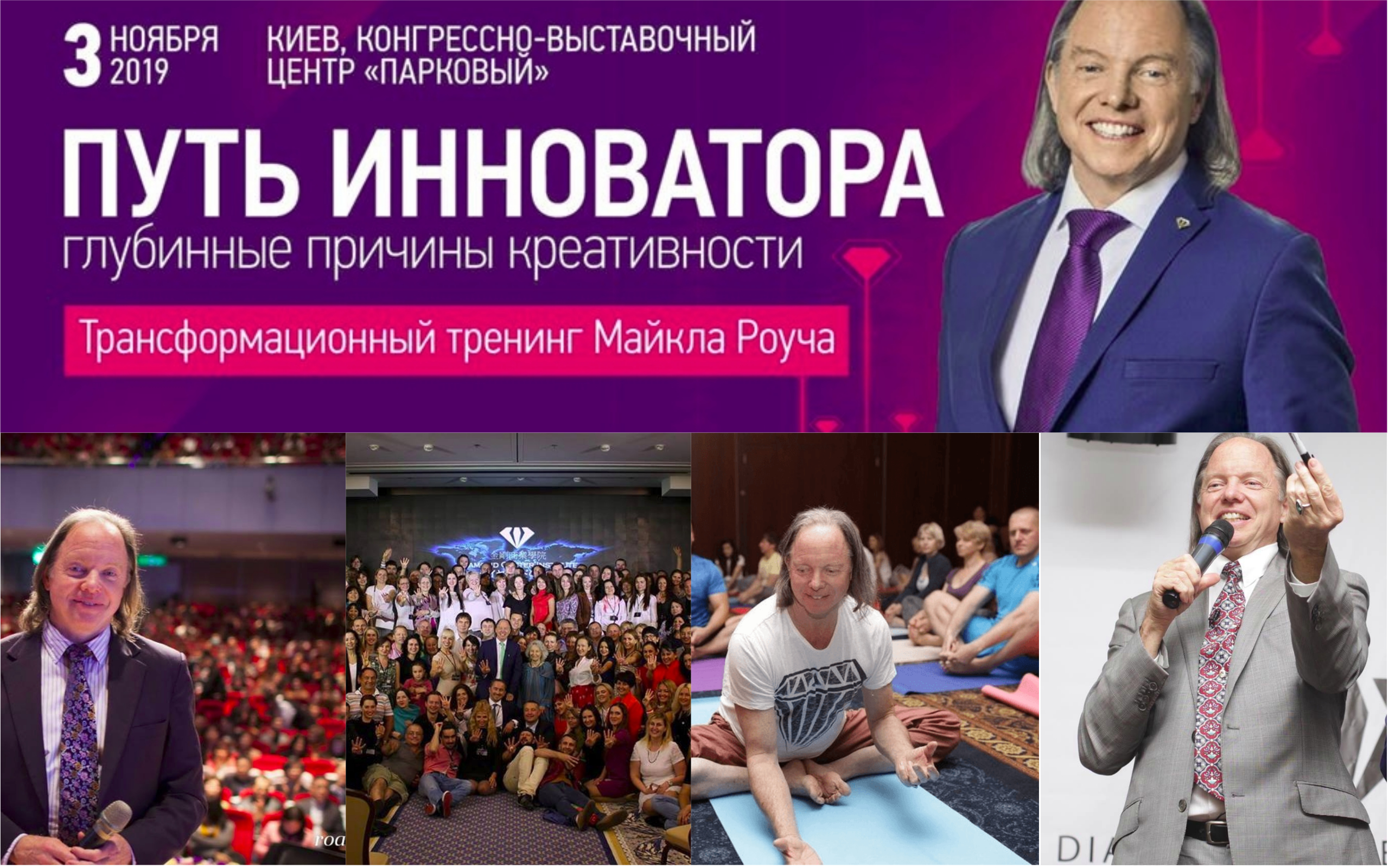 An interesting and unique event will be held within the CEC Parkovy on November 3, 2019 - Michael Roach's transformational training for business and personal success, “The Path of the Innovator: The Deepest Causes of Creativity”!

The training is aimed to help person understand himself deeper and to develop creativity, generate ideas and introduce innovations in his mind.

Who is Michael Roach? And why his books are so popular that they were translated into 30 languages ​​and sold out nearly 2 million copies.

And here is the answer:
- Mentor of world leaders in business and politics. His learners: President of Argentina, world leaders, businessmen, stars and politicians. Michael Roach advised XEROX, British Airways, Bentley Systems, the Library of Congress, many other companies in Europe, China, Singapore, Taiwan, the UAE and others.
- Michael Roach was awarded Presidential Medal by the Richard Nixon for outstanding achievement.
- Michael Roach annually trains about 30 thousand of people in 25 countries
- He spent 25 years in one of the largest Tibetan monasteries, where he studied the philosophy of Buddhism. For the last 600 years, Michael was the first men in the West who received a master's degree in Tibetan Buddhism - Geshe.

Who should attend the event:

- For development directors and top managers - to motivate themselves and the team
- For specialists in creative professions, trainers, coaches - get practical exercises and new directions for developing themselves
- For everyone who is on the way of transforming their lives - to improve personal relationships, business, interaction with others

For more detailed program and to buy tickets go here.