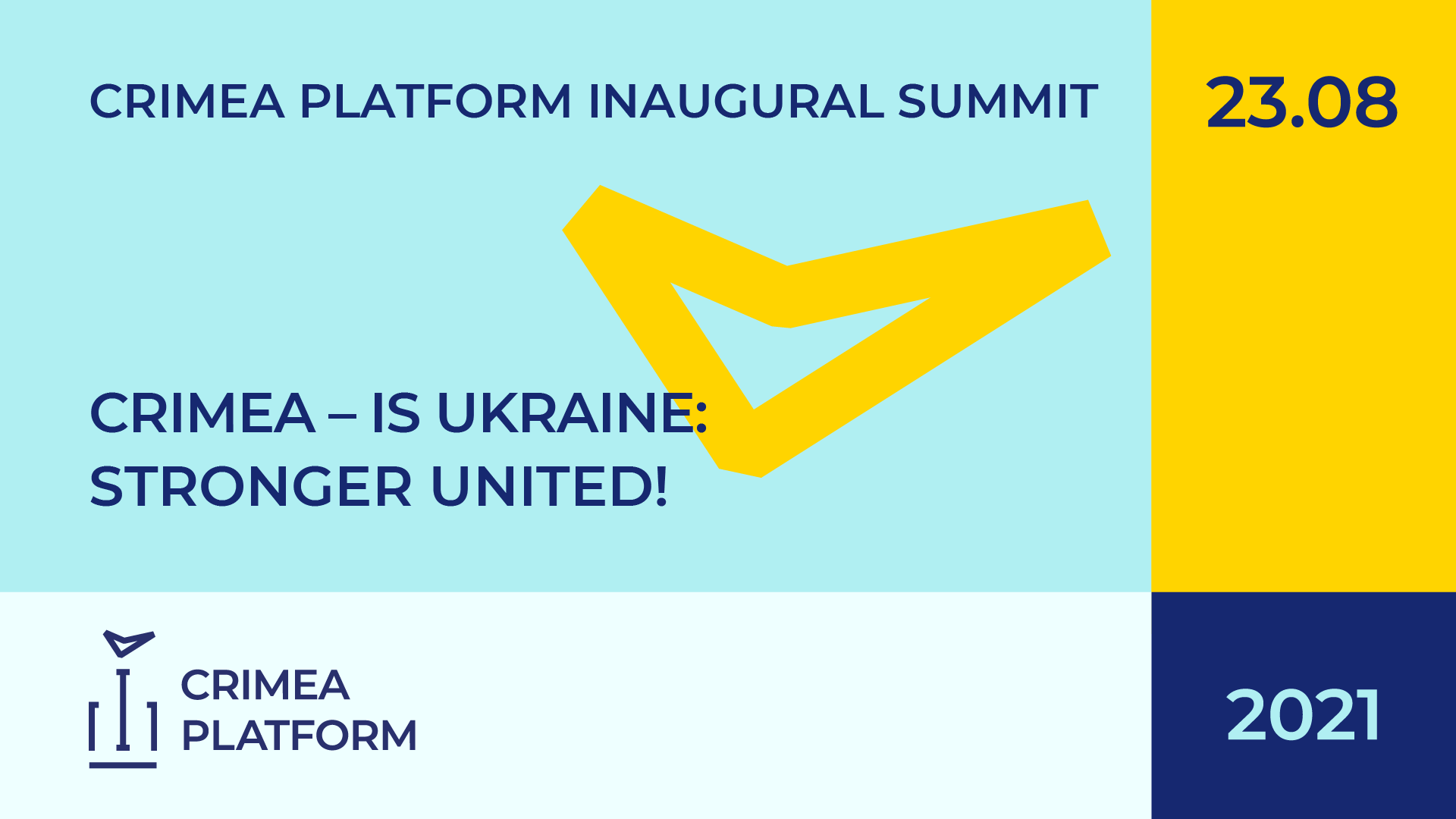 On August 23, 2021, Kyiv will host the inaugural Summit of the Crimea Platform.

The Summit will be attended by heads of foreign states, governments, heads of parliaments and international organizations, as well as civil society leaders.

The Summit is designed to demonstrate unity of the international community around the position that "Crimea is Ukraine," to condemn Russia's crimes in and around Crimea, and to outline the parameters of international policy toward deoccupation of Crimea.

The Summit officially establishes the Crimea Platform, a new international coordination and consultation format developed by the Ministry of Foreign Affairs of Ukraine to implement the initiative of President of Ukraine Volodymyr Zelensky.

The Crimea Platform aims to increase the effectiveness of the international response to the ongoing occupation of Crimea, respond to growing security threats, increase international pressure on the Kremlin, prevent further human rights violations, and protect victims of the occupation regime.

The Platform will be operating in parallel lines at several levels:

- Heads of state and government;

- Civil society and the expert community.

At the Summit, a Universal Declaration will be adopted, which will define the main parameters of international policy toward Crimea.

Official site of the Crimea Platform:https://crimea-platform.org/